I have been back to Jersey for the Christmas holidays, partly to see family and friends I hadn’t seen for 2 years since I moved to Australia, secondly for my middle sister’s wedding in France and thirdly to do lots more family history research! Being back in Jersey gave me lots of new opportunities to collect resources, archive records, photos and family tales to add to my already huge collection. It was all very interesting and exciting.

When I arrived back in Australia I was had no idea where to start until I slowly went back through my notes and  came across a record linking my family history with Australia! So my first blog since I’ve returned is about that.

I have written about a possible family connection to Australia before, one that I have been unable to solve so far: World War 1 soldiers in Jersey on Agricultural Training. However, another piece of evidence has been found of  an ancestor arriving in Australia, and this time I have found proof!  This new discovery will give me  good reason to explore the archives in Sydney! Just before I went to Jersey I was frantically tying up loose ends so I could present my family history story to my family as it is so far. I came across a record for the list of passengers aboard the ship ‘Hobsons Bay’ which had arrived in the port of Southampton on the 19th October 1929, having been to Australia via Suez.

On the list was my my great grandfather Henri Yves Rabet:

Country of Intended Future Permanent Residence: other parts of the British Empire

This was a very surprising find, but not half as surprising to find out that my great aunt Sylvia (of whom I had had many family history chats with before) had already knew this and never thought to mention it!!! ‘Why, I asked her in friendly disbelief?’…’Oh, because, I thought you already knew that!’ So she proceeded to tell me how he used to take the Jersey cows over to Australia.

Note to oneself: always ask, and ask again all family relatives about anything they remember, and having props (photos, records,etc) always helps prompts the memory a little bit.

She also mentioned how her father Henri was a member of the Caledonian Club. This is a place I do not know much about myself and therefore it will go on my ‘Future blog topics  to write about’.The good thing about this was that my great aunt could confirm my find and that the details in the record match with my great grand father. The right name, age, and residence.  It is not a surprise that Henri was a ‘herdsman’ as the following image shows that Henri’s father Yves Rabet is recorded as a ‘cowman’. 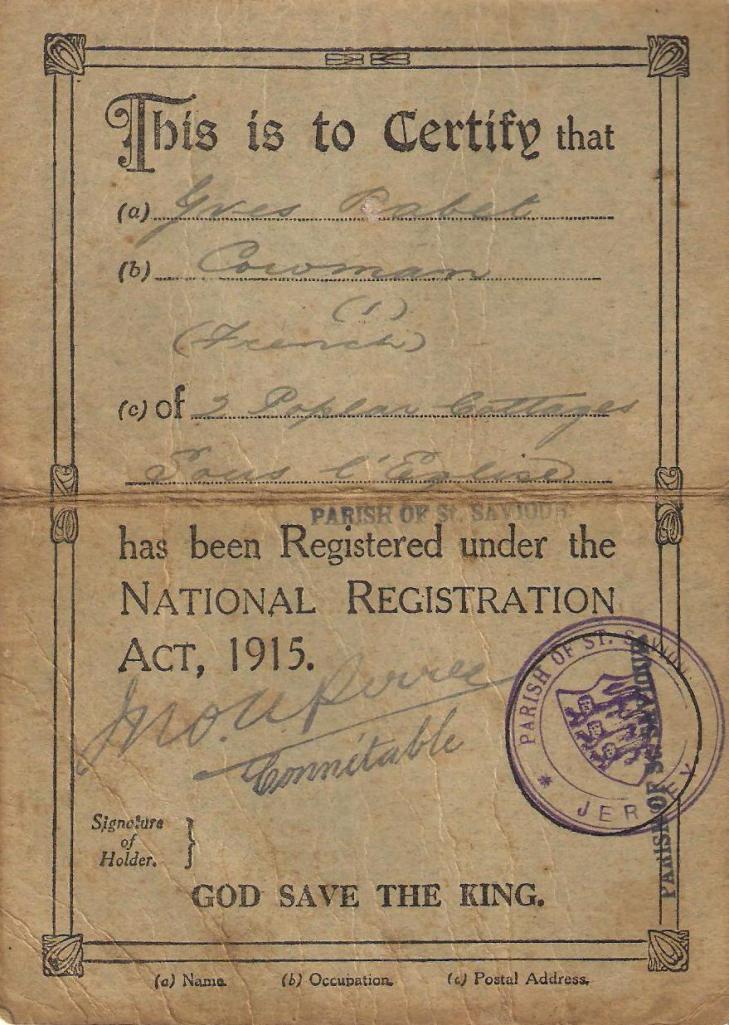 The Jersey cow is a famous icon for the little island and has been transported to Australia for possibly nearly 200 years now.

The journey would have taken approximately 40 days taking the following route:

Go to the following link to find out more about:

All I need to do now is  find out more about Henri Rabet’s stay in port, if he travelled with the cows to the farms and so much more…